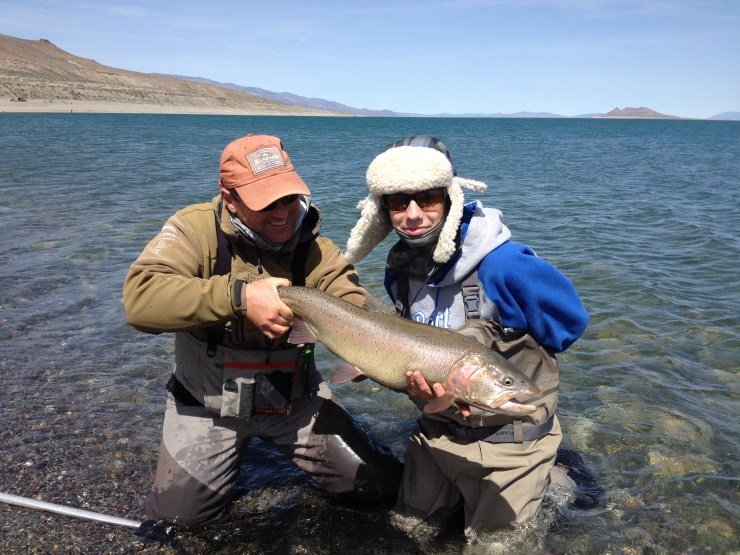 Located 33 miles north of Reno, the lake lies entirely on the Pyramid Lake Paiute Reservation.  Pyramid Lake is home to Lahontan Cutthroat Trout, Cui-ui, Sacramento Perch, Tahoe Suckers, Carp and Tui Chub along with multitudes of water foul. Most notably the endangered American White Pelican. The Tribe manages the lake as a trophy Lahontan Cutthroat Trout fishery in conjunction with the US Fish And Wildlife Service. There are two strains of LCT in the lake; Summit and Pilot Peak.  The Pilot Peak strain grows quickly and numerous fish over 20 pounds  have been landed since its reintroduction in 2006. 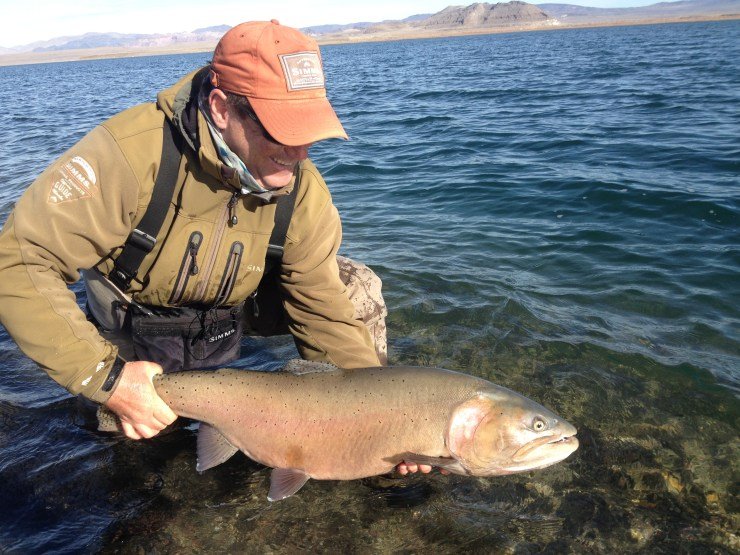 Summit Lake strain cutthroat have been planted in the lake by the Tribe since the 1970’s. While these fish don’t grow as fast as the Pilot Peak fish, they will reach the mid teens in weight.

Approximately 28 miles long and 10 miles wide, Pyramid is a remnant of ancient Lake Lahontan. As the terminus of the Truckee River, Pyramid has no outlet resulting in a high alkali desert lake. The cutthroat have evolved over time to thrive in her salty depths.  Living on a steady diet of Tui Chubs, small trout, callibaetis mayflies and chironomids make these fish a great target for fly anglers. Average fish at Pyramid Lake are 20 inches and its not uncommon to catch fish in the 10-15 pound class. Real bruisers tip the scales at 20 plus pounds.

An 18 pound Pilot Peak Strain LCT about to be released

We use Pyramid Lake Folding Fishing Chairs  exclusively. This fishing chair helps keep clients out of the water and comfortably fly fishing even in the most brutal conditions. Strong winds and big waves are not uncommon at Pyramid.

There are two “Prime” periods during the season. In the fall, the best fishing for shore anglers occurs November- December when the water temperatures cool down and the fish cruise the shorelines in search of food. Then again when the spawn begins in the springtime. March -May can be fantastic for big numbers with March being especially good for big fish.